During our twenty-year journey at Senitor we have witnessed several changes in the tech landscape, and in turn noticed a dramatic impact on many of the clients we work with too. One of the most notable industries that has evolved with these advancements in technology is the world of retail, largely due to the popularity of online shopping and growth of the eCommerce market. We were lucky enough to speak to one of the UK’s most famous retail brand’s founder, Johnnie Boden, to learn more about his business journey as well as some fantastic insights into the Boden brand too. 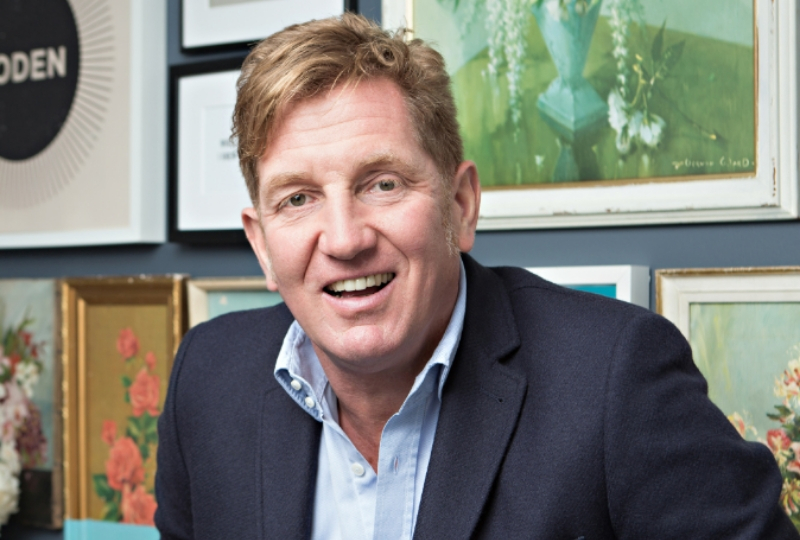 Since the brand launched with a collection of just eight menswear pieces in 1991, Boden has become a household name and one of the biggest clothing retailers in the UK and beyond! With such an incredible journey, we wanted to know more about this and asked Johnnie Boden how this came to be:

“(Before launching Boden) I was a useless and unhappy stockbroker. I always loved clothes and I got the catalogue inspiration from America where I was working at the time. I also discovered that one does not have to be superman to set up a business, as long as I knew how to say please and thank you a lot and could listen (just)!”

In 1991 Boden was just a team of two people, growing steadily to five people in 1992 and ten people in 1993. Today the company stands at 1,500 employees with two thirds based in the UK and one third in the US. Those numbers alone are enough to demonstrate how successful the Boden brand has become, but this does not stop Johnnie from staying grounded:

“I never think I’m successful, I always think we’re on the verge of a major catastrophe!”

This attitude has undoubtedly helped the brand grow to where it is now, as has ensuring Boden hired the right people for the company too. We asked Johnnie what he looks for in a Boden employee:

“Great cultural fit is the most important factor for us, followed by a sense of humour and a strong work ethic of course. The workforce has changed a lot since the 90’s – people are more entitled and humourless now!"

As a Technology Recruitment Consultancy, we always want to know more about the dynamic of each tech team, and understand how technology has impacted on a business too. With Boden the tech impact has transformed the brand enormously, despite Johnnie famously once believing that internet shopping wouldn’t take off! We asked Johnnie what role technology played in the early days of Boden:

“In the early days of the web it was very, very, VERY slow (with modems, egg timers etc.), so we believed browsing a catalogue was much easier and quicker (than online shopping). Things have obviously changed now. We were very slow (to adopt technology) initially, but we got into it when we found some “non-bullshitty” IT people! We also bought a great off-the-shelf mail order system (Prophit) in 1994 which was transformative for the business. Technology will play a massive role in the future of Boden, and we will invest a lot in it.”

Despite a clear shift towards online shopping, the paper catalogue has remained at the core of the Boden brand, we asked Johnnie about this:

“98% of orders are taken online, but the catalogue remains a very important marketing tool. People still enjoy browsing it (especially on the loo!)."

The catalogue certainly won’t be going anywhere any time soon, but that doesn’t mean that we won’t be seeing advancements in the way that Boden embraces technology. One area that some retailers have begun to explore is that of AR (Augmented Reality), with brands using the “try before you buy” concept by combining their physical store experience with their online presence. We asked Johnnie about his stance on AR in the world of retail:

“These things have been pushed for quite a while, we have tried a few ourselves but had limited take up. If there is a new idea that everyone loves (using technology) then we’ll go for it, but we certainly don’t think it would be a game changer on that scale! We aren’t looking to be pioneers in this area, there are more important things for us to focus on.”

There has been a lot of noise in the media around the decline of the high street, and with advancements in tech we have mentioned such as AR or a “virtual dressing room” we may see this having an even bigger impact on retail brand’s store presence. We asked Johnnie for his opinion on this:

“The high street is not dead; it’s just suffering from over capacity and some rubbish retailers that should have gone bust ages ago but are sustained by ultra-low interest rates.”

It’s always interesting to see how anyone who has such success in business spends their time out of the office, we asked Johnnie what makes him tick outside of the Boden brand.

“I’m lucky to have an amazing wife and three healthy children who keep me on my toes! I still enjoy my work, but life outside of work and family is quite limited. I love jumping big fences on my wonderful horses – it’s important to scare oneself! I am still making tons of mistakes but always learning – one can’t ask for more!”

You can learn more about the Boden brand and their journey here.